The Historic County Jail at Anderson 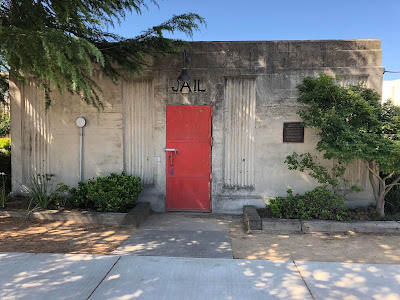 The historic county jail at Anderson. This photograph was taken by Jeremy Tuggle on May 13, 2018.

Located on Freeman Street in the City of Anderson is this jail, which dates back to 1910. The jail was used as a drunk tank for local offenders. Then in 1936, it was reconstructed under the Works Progress Administration. It was kept in use until the 1950s. The jail included two cells, a drinking fountain, a toilet, and a wash tub. A cot was included with an oil stove and blankets. There is a historic plaque on the front of the building.