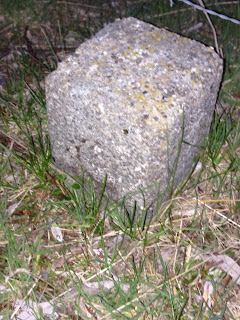 This C-Block Marker is located along 299 East just  above Montgomery Creek about 43.1 miles from Redding. This photo was taken March 16, 2016 by Jeremy Tuggle.

These concrete markers were once a regular feature of the highway system in California and they were used to mark the right-of-ways along the various highways. They were also used to as survey monuments. They are called C-Block Markers and they were placed along the highways in the state by the California Division of Highways between 1914 and 1934.
The California Division of Highways managed our state highways as early as 1912. It was the predecessor of the California Department of Transportation (CalTrans). They stopped placing these in 1934. Today, CalTrans and other agencies still use C-Block Markers to help them survey the highways. 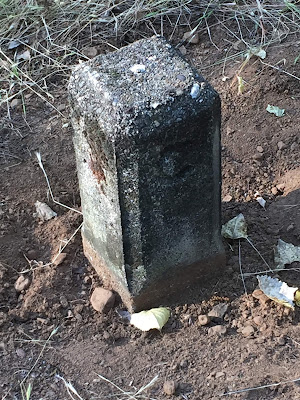 This C-Block Marker is located in Shasta Lake City. Park on Union School Road just east of the overpass and walk back over to the west side, trail starts to the north over the guardrail. This photograph was taken by Jeremy Tuggle on May 27, 2017.