The El Dorado mine on Mill Creek 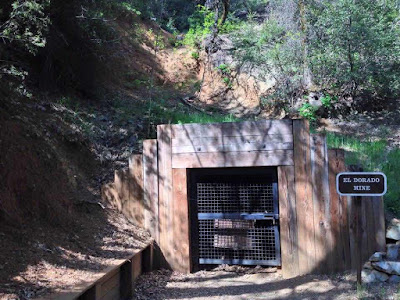 The entrance to the El Dorado mine along Mill Creek. This photograph was taken by Jeremy Tuggle on April 15, 2015.

The El Dorado mine is located along Mill Creek in the Tower House Historic District, which is included in the boundaries of the French Gulch Mining District. A prospector by the name of William Paul, a native of England, located this mine in 1885. That year, Paul dug a 500 foot shaft on his property and he began toiling away in it in hopes of striking valuable ore. Since it was located the mine yielded lucrative results during its production of ore.
According to W.B. Tucker, a mining engineer, the El Dorado mine was actively producing between the years 1912 and 1919, the ore was free milling. During the interim, in November of 1915, this mine was yielding $40 per day, while a man by the surname of Connor owned and operated it. He was busy improving the mining property with new developments.
At that time, the El Dorado mine included several tunnels on the property and a two-stamp mill which was in operation 24 hours a day. When the rock was crushed at the stamp mill, the ore was collected and it was alloyed together using mercury. A brick valued at $400 was the final result of Connor’s clean up that month.
It wasn’t a major producer of gold but it was a relevant mine. Production notes state that during these years the mine produced a total of $25,000. This mining property consisted of 40 acres of land which was patented. Then in, 1967 the National Park Service purchased this mining property from a man named Frank Bickford.
Many relics were preserved at the mining site by the National Park Service which are original to the property and were used in the mine. Old long tom's, ore cars, sluice boxes, gold pans and other equipment are locked inside the tool shed and scattered around the bunk house at this mining site. The stamp mill remains there today as well as a quartz crusher that was used. It's an easy .03 miles to the El Dorado mine on the Mill Creek Trail near the historic Camden House for those with children. 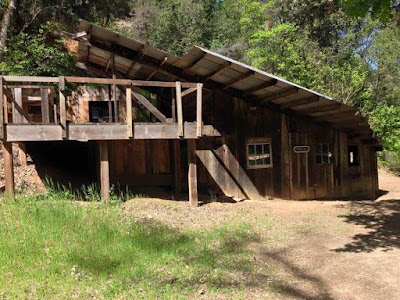 The Stamp mill. This photograph was taken by Jeremy Tuggle on April 15, 2015. 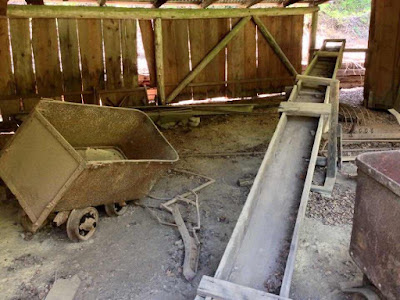 Ore cars, long tom's and sluice boxes mixed with other equipment is visible at the El Dorado mine. This photograph was taken by Jeremy Tuggle on April 15, 2015. 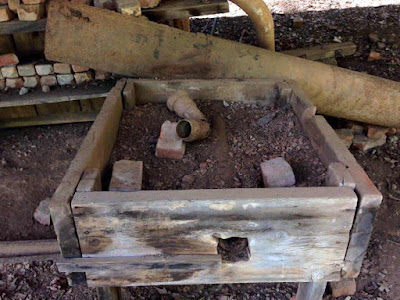 Mining equipment with pipe and bricks are located at the El Dorado mining site. This photograph was taken by Jeremy Tuggle on April 15, 2015. 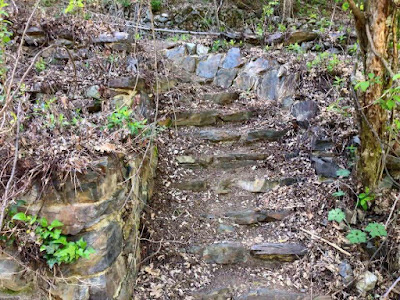 A rocky staircase leading up a slope at the El Dorado mine. This photograph was taken by Jeremy Tuggle on April 15, 2015. 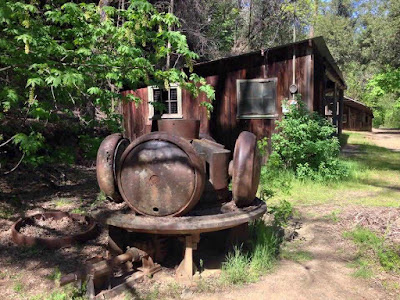 A quartz crusher beside the tool shed at the El Dorado mine. This photograph was taken by Jeremy Tuggle on April 15, 2015.