The Benton, Wengler and Buick Sawmill near Big Bend. 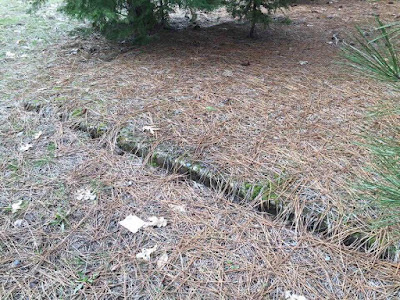 A concrete foundation of a building that remains on the Benton, Wengler and Buick sawmill property. These photographs were taken by Jeremy Tuggle on March 19, 2017.

In 1896, Herbert Bass owned a sawmill on Roaring Creek at the junction of Big Bend Road and Cove Road, near Big Bend. It was a water-powered mill. Bass decided to dig a ditch from Roaring Creek to convey water into the sawmill. At a later date, John Buick and Matt Wengler became interested in the property and they purchased shares from Bass. They became his new partners with the intention of relocating milling operations from Marble Creek to the Bass Mill. Together they enlarged the sawmill and erected a larger building 150 feet x 100 feet wide.

After buying shares of the property from Bass, it became known as the Bass, Wengler and Buick Sawmill. Its owner's employed their own lumberman who conducted their tree falling operations in the nearby Flat Woods. The records show that there was a pond on the property as well. John Buick was a life-long teamster and a resident of Silver Lake, Oregon. His partner Matt Wengler was an immigrant from Germany, and at a later date he became a resident of Inwood. Wengler had an interest in the lumber industry.

After the lumber was hewed at the sawmill, a big machine called a Skidder was used to skid the lumber to the nearest river. The nearest river was the Pit. After the logs were placed into the river the drivers would drift the lumber down the river where the lumber merged with the Sacramento River. The drivers were sometimes were referred to as "river rats". The lumber drives final stop on the river was at the Benton Mill at Turtle Bay in Redding owned by Thomas Hart Benton. This method of transporting lumber was used until 1908 at the Bass, Wengler and Buick Sawmill.

After 1908, the hewed lumber was transported from this sawmill by large trucks. Then in 1910, Herbert Bass, John Buick and Matt Wengler sold their sawmill to Thomas Hart Benton who became the sole owner of this mill.

Thomas Hart Benton was a native of California, who was born in 1862 to John Hansel Benton and Aurelia (Miller) Benton. He was a long time resident of Manton. He was sometimes referred to as T.H. Benton. On March 16, 1887, he married Katherine Lennon at Shasta. During this union they had five children born to them.

One of their sons is Lieutenant John Benton who the Redding Airport is named after. Benton owned and operated other saw mills in Shasta County. Thomas Hart Benton died in 1919. Additional sawmills were established in Shasta County by Benton.

Today, all that remains of this sawmill is an old logging road leading into the property, the concrete foundations of former buildings, and some smaller concrete slabs. They are covered by fallen pine needles from the numerous pine trees on the property. The Benton, Wengler and Buick Sawmill produced heavy lumber from 1896 to 1916. 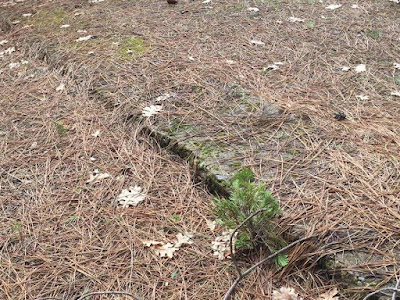 Above: an additional concrete slab covered in pine needles. These photographs were taken by Jeremy Tuggle on March 19, 2017. 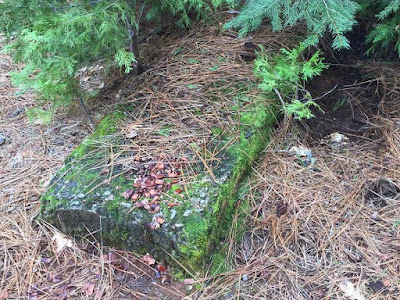 Above: another concrete slab emerging from the pine trees covered in pine needles. These photographs were taken by Jeremy Tuggle on March 19, 2017. 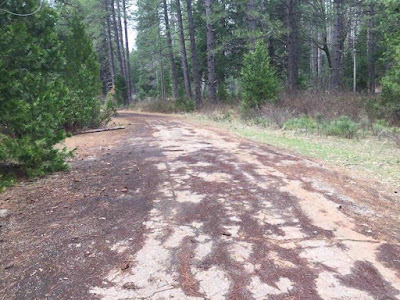 Above: an old logging road is still visible leading into the historic Benton, Wengler and Buick sawmill. These photographs were taken by Jeremy Tuggle on March 19, 2017.