NORTHERN CALIFORNIA COUNTIES AND THEIR BOUNDARIES 1850-1880 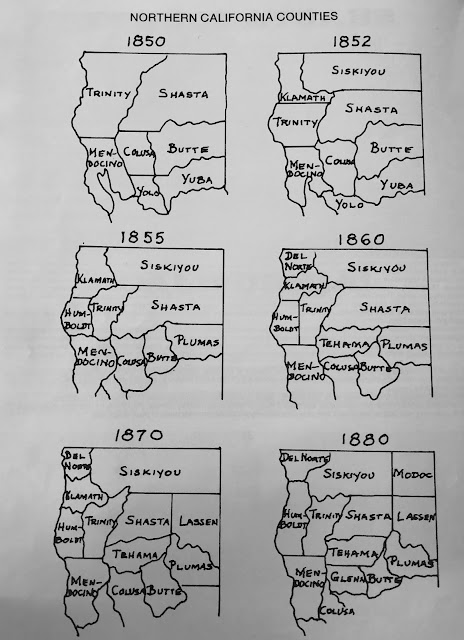 Shasta County was created on February 18, 1850, as one of the original twenty-seven counties of California. However, California wasn't admitted into the Union until September 9, 1850, becoming the 31st state. Shasta County is older than the state of California. Here is what Shasta County looked like between the years: 1850 and 1880, after many changes to its boundary lines as new counties were created.